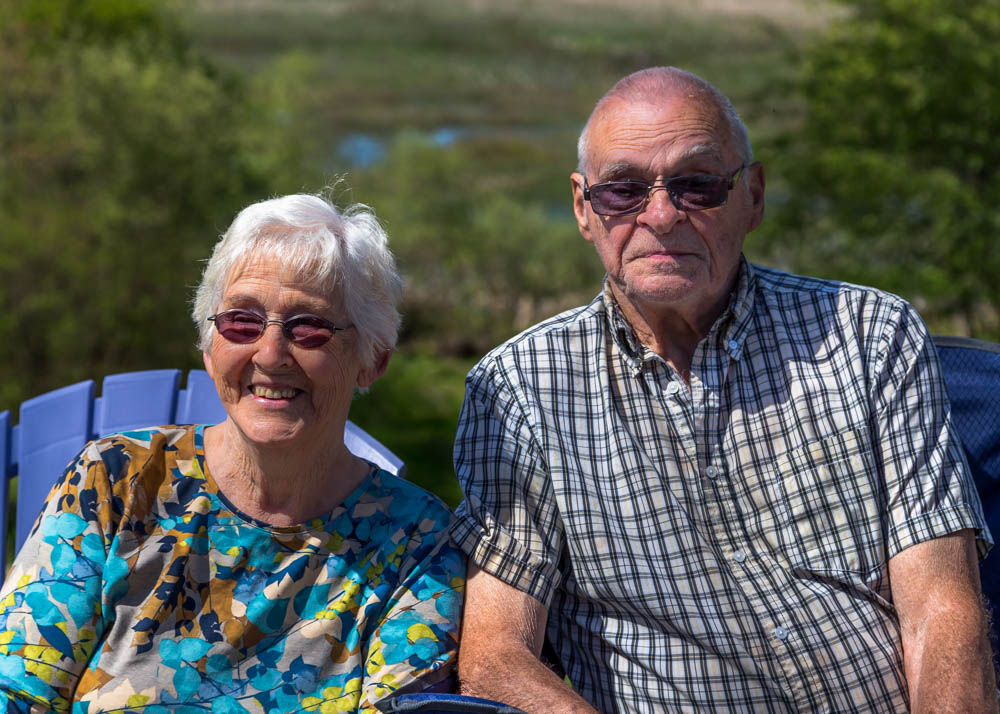 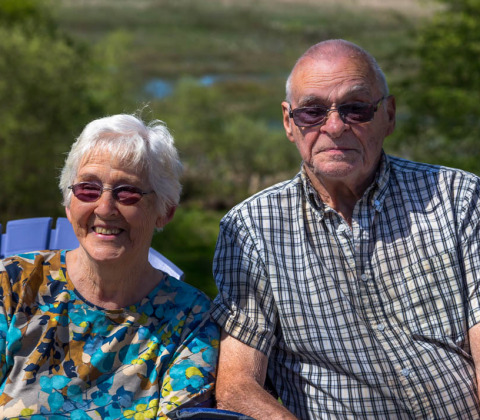 Today I republish this blog with a heavy heart.  Yesterday, January 17, 2015, Mr. Bock went home to heaven.   I will forever cherish my memories of the man and family that always had room for one more in their home.

This blog is dedicated to Mr. and Mrs. Bock, whom so graciously welcomed me into their home and hearts. A better childhood would be impossible to imagine. Thank you for being such a special part of it.

In a time before Walmart, small towns were a place where neighbors shopped at family owned businesses along a common main street. Walking was the primary method of transportation. As folks strolled from store to store, they took time to greet one another and to chat about the weather, the crops, the family, and other important matters of the day. What we would see as phenomenally inconvenient today, was simply the way of life in so many rural communities. The shopkeepers, shoppers, handshakes and claps on the back, smiles, laughter, and conversation along the way were the glue that held the community together. Tonight I fondly remember my hometown, of Friday nights spent with Mr. Bock, Jeanne, Joni and Frankie, and a time when life seemed so much easier.

Sometimes when I was a kid, if I was really lucky, mom would let me go to town with the Bock family on their Friday night adventure. I call it an adventure because it was completely opposite from a trip to town with mom. Mom was a no nonsense kind of shopper. She had a list, stuck to it, and efficiently moved from place to place. She did, occasionally, include a few fun stops, but my brother and I were given strict instructions not to dawdle, as she always had “better things to do” back home. The fun places included Nyson’s Hobby Shop for new Matchbox Cars, Hopkin’s Bakery for the best Long John’s ever made, or on very special occasions, J & J’s or Jane’s Restaurant, where we would sit on the vinyl covered stools at the counter, and I would order a hotdog.

The trek to town with the Bock’s was exhilarating! First, though, there was always a quick meal that only served to heighten my anticipation. It was difficult to sit still when my mind was consumed with thoughts of what we might do, who we might see, and what candy we would pick out with the quarter Mr. Bock gave each of us. Next, there was a rush to the car, where, most often, Jeanne and Frankie would argue over who would sit in the front seat. Joni and I were content to just get in the back seat so we could get to town more quickly. Once Mr. Bock picked the co-pilot, we were off! Most of the time the car was filled with laughter, but now and again, the argument over seating arrangements spilled over into a ‘did too, did not’ fight that siblings do so well.

Our first stop was Fremont Bank & Trust. Banks stayed open late on Friday nights back then, as there was no such thing as direct deposit, ATMs, or online banking. I loved Fremont Bank & Trust. It was so different from the Old State Bank of Fremont where my folks did their banking. It was an appropriately sized modern building with wood paneled walls and carpet on the floor. The Old State Bank of Fremont, on the other hand, was built in the early 1900’s. It was oversized, overdone, with multiple levels, constructed with brick, marble, and other stone tile. In my young mind it felt very cold and too shiny. It did feature a sucker jar that I did enjoy from time to time, but Fremont Bank & Trust offered so much more.

My fascination with Fremont Bank & Trust began at the door. Just inside, there was a rack of about twenty black umbrellas. If it was raining, you could borrow one, and return it the next time you were in town. They were the really nice kind of umbrellas, sturdily built and big. Even at ten years old, I could never believe people would return them. But each time I went to the bank, I counted, and sure enough, they were almost always all there.

The next, and very best thing about the bank, was the display that held travel brochures and maps. Each pamphlet featured color glossy photos of what was special about that state or destination. I was fascinated with Georgia, Tennessee, Florida, and New Mexico. I could not get enough information about these states and would take as many brochures as I could without causing the adults to become upset. At home I would pour over the little booklets again and again and dream of someday visiting the land of peaches, palm trees, red rock, and mountains. Perhaps, even back then, I knew I would be a traveler one day.

Next, we would embark upon a leisurely stroll to Hartsema’s Newstand. Mr. Bock knew a lot of people and loved to visit, so the half block walk might take quite some time. I am not sure anymore what Mr. Bock did at the newsstand. Jeanne, Frankie, Joni and I were too busy looking at the latest 45s. Jeanne and Frankie were music experts and always knew what was cool. Joni was way cooler than me, but not quite as cool as her older brother and sister. Jeanne knew important things, such as, the Jackson Five was way better than the Osmond Family, and that Jermaine Jackson was definitely cuter than all of the Osmond’s combined. Frankie was never impressed with the lighter side of pop music and kept us informed of groups like Grand Funk Railroad, Led Zeplin, The Doors, and his very favorite artist, David Bowie. I bought my very first 45 while I was on one of our Friday night ventures. It was Melanie’s Brand New Key.

After the newsstand Mr. Bock would give us each a quarter and send us down the block to Ben Franklin’s 5 and Dime. Meanwhile, he would visit with Frank Morgan at Morgan’s Sport Shop. Ben Franklin’s was like the Grand Finale at a fireworks show. We would delightedly scurry up and down the aisles to find all of the new items and old favorites, always under the watchful eye of the tall gray haired woman who worked at the store. Ben Franklin’s had everything a kid could possibly want! There were toys, games, stuffed animals, comics, crafts, penny candy, and live turtles. As far as I know, everyone wanted a turtle, but no one ever got one.

What we did get, though, was candy, and lots of it. A quarter went a long way back then. My first choice was always Smarties. After that, I would weigh out all my options very carefully. This process could take quite some time! Did I want candy or gum? If it was gum, should it be Bazooka Bubble Gum or the gum that was shaped like a cigar? If it was candy, should it take a long time to eat like a Slo-Poke, or quick like a Pixi Stix? Should it have multiple pieces for sharing, or saving for later, like Lemon Heads, Red Hots or Candy Cigarettes; or just one individual piece of candy for now like a Jaw Breaker?

All too soon, Mr. Bock would reappear signaling that it was time to complete our purchases and head home. The trip home was much the same as the trip into town. Generally lots of sugar induced giggling, teasing, and occasionally a really good ‘did too, did not’ fight that might include pinching and hair pulling. Mr. Bock amazingly endured it all with good humor.

I am, and will be forever, grateful for those days, for Mr. and Mrs. Bock, Jeanne, Joni, and Frankie. Like most folks, I grew up, moved away, and seldom saw my childhood friends. But the bond that was created so long ago has never broken. Now that I have returned to the area, we have been able to get together to visit. It seems that very little has changed. Mr. and Mrs. Bock still live in the same house and are doing fairly well for their age, Frankie still loves music with an edge, Jeanne is still the coolest of us all, and Joni is still way cooler than me.

Note: Julie Bock was not mentioned in this blog as she was too young to participate on the Friday night adventure. She too was an integral part of my childhood. I will hold her and the entire Bock family, in a special place in my heart for all the days of my life.

Final Note: I have learned since I originally published that the name of the gray haired lady at Ben Franklin was Ruth Kuhn. I have also learned that she was a talented at making tatted lace and generously offered to teach her skill to others.

As always thanks to Carmel Steffen for her smart commas. Without her no one would ever know where to paws or pause. Hmm! Thank you Carmel!