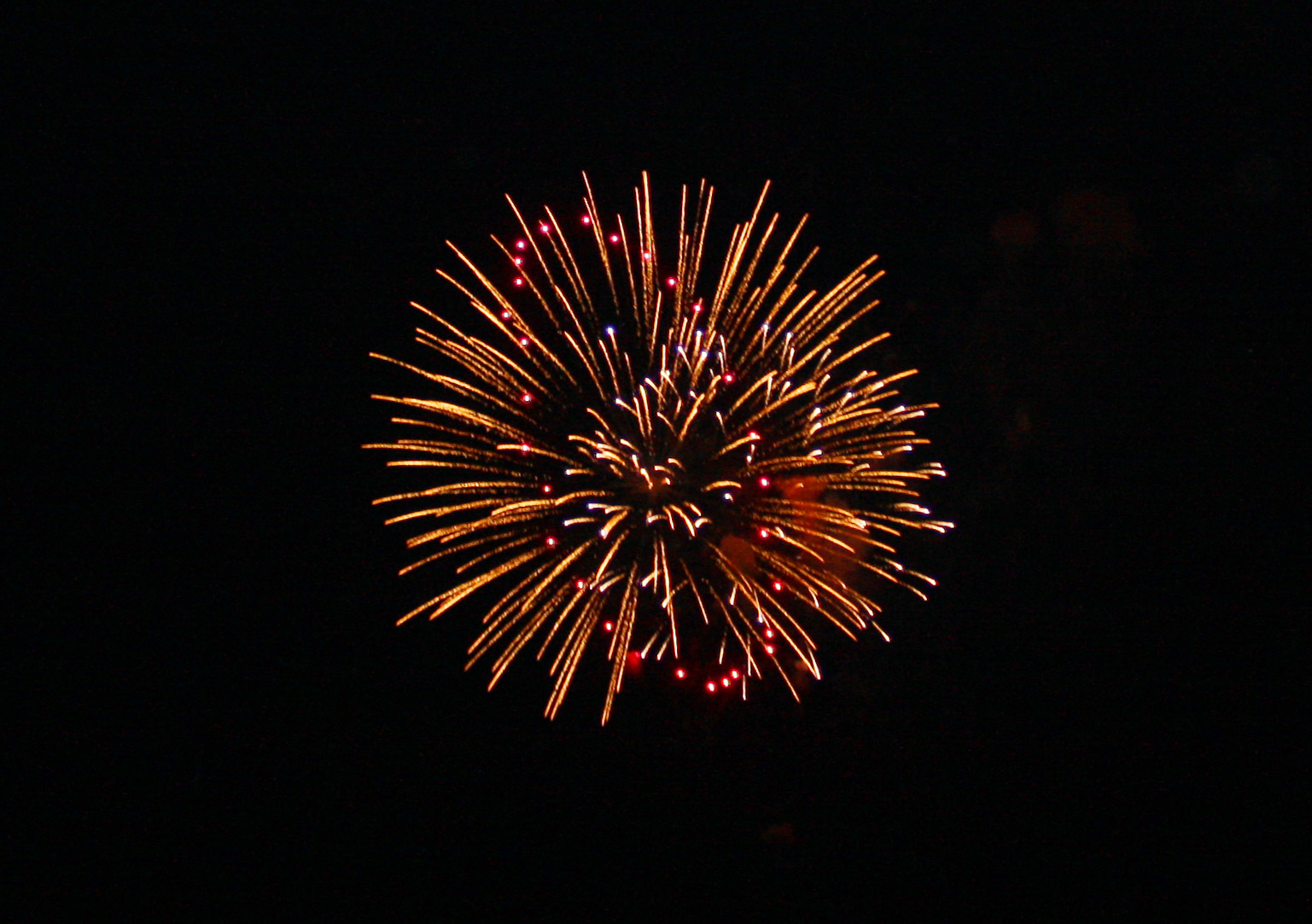 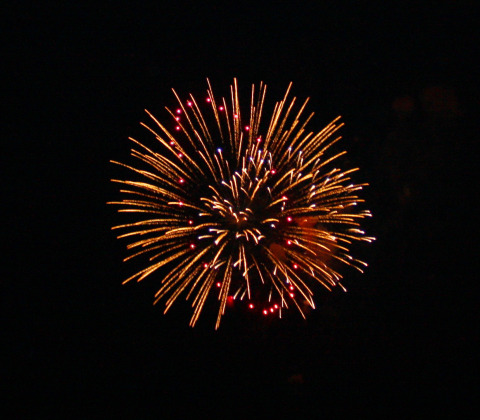 On September 16, 2014 by Gail Howarth With 0 Comments - Inspirational, Spirituality

I am learning that when writing, words often find a life of their own or story that is quite different than the author’s original intent. And so it is today. This is piece was intended to be a story about a fireworks display I witnessed while working on Isle Royale National Park in July of 1981. Instead it is a story about how life as we know it changes in seconds or brief moments, not over long suffering years as many people believe. It is also a story about how God gave me an unexpected gift at exactly the right moment to prepare me for one of those life altering moments.

In June of 1981 I left civilization behind to live on Isle Royale National Park for three months. I had attained a job as a cook for the concessionaires at the lodge in Rock Harbor. With one small suitcase I left my Mother and our dog Patty on the dock in Houghton and climbed aboard the big blue boat called the Ranger II. I do not recall sadness in leaving them, only the excitement of getting to the Island. The six hour trip across Lake Superior was not what I expected. It was colder than I had dressed for and the boat lurched sluggishly and without grace through the waves causing me to become quite seasick by the time I arrived in Rock Harbor.

Once upon shore I met my welcoming crew and though a bit green from the boat ride cheerfully and anxiously greeted them. They introduced me to the folks I would be working with and then took me to my room. I was one of the lucky ones as I received a room to myself in the guest house along with three other gals. The alternative would have been double occupancy in an overcrowded dorm set farther away from the lake. The guest house was big and quiet and built on the shore of Lake Superior. My window was lakeside and I could always hear the calming sound of waves splashing onto the rocks. Later I would discover that the small pools of water that collected amongst the rocks provided a great cooler for beer.

Once I settled in I began to realize just how isolated Isle Royale is from the rest of the world. The island is located fifteen miles South of Thunder Bay Canada. Of the forty-five mile long eight mile wide island only 2% is developed. Thus any travel is done on foot or by boat. In 1981 there was one English speaking radio station, one television that our manager did not allow us to watch, and one telephone. The telephone was located four miles down the harbor on Mott Island at the National Park Service Headquarters. We could use the phone if we called collect, but first one needed to rent a fourteen foot aluminum rowboat with a small motor to get there. I was able to call home once that summer before our privileges were revoked. That left mail as the only means of communication. Mail delivery depended upon clear skies as it was flown in by pontoon plane from Houghton Michigan. Fog was the enemy and I recall a two week period when no mail was delivered. It was difficult for me, but several people were driven nearly insane from the lack of connection to the outside world.

I spent my days working in the kitchen on the lunch and dinner crew. Time off was spent hiking, boating, fishing, looking for greenstones, playing poker and drinking beer. The beer drinking was not technically permitted and was not sold on the island, however, one could easily bribe a crew member from the Ranger to smuggle in the contraband. For the most part the days on Isle Royale were easy and carefree.

I met some wonderful characters on Isle Royale. Bob our maintenance man would take a few of us fishing for Lake Trout, Salmon or Whitefish. We always caught something and when we got back to shore Bob would clean the fish while the rest of us found the necessary supplies to cook them over an open fire. It was by far the best fish I have ever eaten. Bob was kind and generous and always had a good word to say. One day Bob woke up and declared that he was Jesus Christ. Sadly, when the delusion did not pass he was removed from the island. Martha was in charge of housekeeping, but I remember her always doing laundry. Martha was old with short unkempt gray hair, a deeply wrinkled face and was as round as she was tall. She used her irreverent cranky sense of humor to scare folks. Most could not see the adorable woman that truly was and kept their distance. I saw right through her though and she always made me laugh. She was somehow able to thoroughly convince our normally stingy management that she needed to drink buttermilk and goats milk for a stomach condition. One day with a twinkle in her eye she confided in me that she did not have a stomach condition and that she just really liked buttermilk and goats milk. Martha, too, left the island early for some unknown medical condition. I suspect it was from drinking too much of the rich milk.

There were many wonderful carefree days spent exploring the island with friends. One of my favorite days was when Carmel and I caught a ride with the tour boat to Moskey Basin. We left the tour and hiked to Lake Richie where we laid on the sun heated rocks and named the clouds as they passed overhead. Later we were mesmerized by a cow moose carrying her calf across the lake upon her back. And even later as we waited for the return of the tour boat at Moskey Basin we sifted through stones along the shore in search of the perfect greenstone. We were accompanied by Loons and Mergansers noisily teaching their

chicks to dive. Try as hard as they might the chicks would quickly bounce back to the surface only to be scolded by their disapproving mother’s. And lastly I remember the quarter size leach that attached itself to Carmel’s ankle. Even that did not ruin the day as she nonchalantly picked it off, cast it aside and compressed the wound until it stopped bleeding.

As Labor Day approached my coworkers began to leave. I and a few others were chosen to stay a bit longer to clean and close the lodge. Each day, the island grew eerily and steadily more quiet as fewer and fewer people remained. Summer turned abruptly to fall and weather grew cold and damp making the island feel even more remote. On September 14, the day before my departure, the assistant manager knocked on my door and asked if I would like to watch his television. I told him no and to go away as our managers had a reputation for visiting female employees with gifts in hand in hope of receiving something in return. He assured me that he did not want anything from me and that he was just trying to be nice. I still did not respond and after a bit I could hear him walk away. Later I found that he had left the television behind.

I brought it into my room, plugged it in, sat on the old wood floor and proceeded to search for available channels. It did not take long to realize that I had only one choice. It was a PBS channel featuring a program that explored the lives of three people whom had become quadriplegic due to accidents. They talked candidly about their injuries, their struggles emotionally and physically, and how they not only moved on, but had become very successful. Though, I was not completely captivated by the program I could not turn it off. Perhaps it was because I had not seen television in 3 months or perhaps it was something else entirely. When the program was over I unplugged the television and put it back in the hall.

On the morning of September 15th I packed my suitcase and headed to the harbor to meet the seaplane. It was not a sad departure from the island. By that point in time I was more than ready to return to my “normal” life. I looked forward to spending a few days at home with my folks, eating good food and heading back to Michigan State University for the fall term where I would live off campus for the first time in an apartment with some of my closest friends. My biggest concern of the day was that the seaplane might crash into the icy waters of Lake Superior en route to Houghton Michigan. Surprisingly, the flight took only twenty minutes and both take-off and landing were incredibly soft and gentle.

My mom, dad and Patty the dog were waiting for me on the dock when I arrived. Though I know we were thrilled to see one another I am sure no one cried tears of joy or even hugged as that was just not our way. I do not recall much about the trip home other than I was shocked that mom and dad had bought a baby blue Ford Escort station wagon instead of a truck, I thought traffic moved way too fast, and the 60 pound dog laid on me the entire eight hour trip. We arrived home around 11 pm. As we got out of the car we were stopped by the voice of our neighbor Micky. As she approached we could see that she had been crying. With great difficulty she told us that my brother, Calvin, had been in a serious accident and that it was uncertain that he would live through the next 24 hours. My mother cried and my father just shook his head and kept saying no over and over again. I felt somehow separate from it all in dazed confusion. Life changes in seconds. That is all it took for my family. “Normal” in the way we knew it would never exist again.

My brother is a quadriplegic due to an accidental forty foot fall from an electrical “high line”. He is still alive and doing quite well some thirty-two years later. He indeed experienced many of the same challenges as the three people featured on the PBS program I watched the night before his accident. His passage through this life has not been easy, but he is a survivor. Despite the pain and hardships that his disability have caused he still remains mostly cheerful, independent and a very good brother.

I will never know why the manager, a man I never liked and or respected, felt compelled to lend me his television on September 14th. Or why the only program available was one so related to what was about to happen to my family. What I do know is that it gave me hope for the future, faith that we could and would make it through, and the strength to endure.

There are no coincidences. It was simply God’s grace to paint a picture of what life could be for my brother. Imagine how bleak my outlook could have been without having seen this program. The journey I travel is not alone. Though God is not always as timely or transparent in sharing wisdom as in this case, I believe he is always present. I did not have to ask, to surrender or wait. What I needed was simply given and I am forever and profoundly grateful.