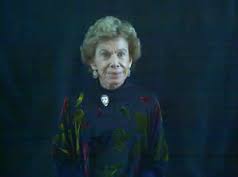 In Loving Memory of Gwen Jansma

This evening I learned that a dear old friend passed away. Though I had not been in touch with her in many years, I thought of her often. I heard her words of wisdom, her laughter, saw her magnanimous smile accentuated by the deep lines and creases that come with age.  But most of all her sparkling blue eyes that were alive with love, compassion, and a bit of mischief. Gwen was a beacon of light in a world that can so often be frighteningly dark. Gwen entered my life during a profoundly desperate time. She lifted me up, guided me, gave me hope, and helped me believe in myself, and my future.

I met Gwen purely by accident in my mid thirties. During a time when most of my friends had found successful careers, marriages, and had started families, I was still struggling. Nothing I tried was working. I had given up my dream of working as a park ranger, had failed miserably at two love relationships, and was working in the Detroit area at a low paying dead end job. To top it off, I had sustained a painful and debilitating upper body injury that left me unable to work for over a year. All the money I had saved had been spent on medical bills, and I could no longer afford to keep my apartment. Thankfully, my friend Mimi allowed me to stay with her until I could get my feet back on the ground.

Recovering from my injury was a slow and painful process. The only thing that eased the pain was massage and acupuncture. One day while I was getting a massage my therapist suggested that I get counseling for grief and loss. Having little money and little faith in therapy I quickly rejected her suggestion. However, she convinced me that I should join a group that met one weekend every other month. It would cost $50 and a dish to pass.  Feeling I had little left to lose, I signed up for an upcoming workshop.

A few weeks later, armed with black bean and corn salad, I nervously entered the first of many meetings to come. At first glance I found the group of thirty strangers to be quite an odd lot, and not particularly friendly. There were men and woman of all ages and vocations. Some dressed in hippy garb, others in jeans and t-shirts, and yet others in their Sunday best. They came from many different religious backgrounds and had varied spiritual beliefs and practices. What I found on second glance was a group of folks that no matter their background had stumbled upon some adversity that had challenged them to look deeply within themselves.  With Gwen’s guidance, they were able to explore and gain greater insight and strength. And finally, I found a loving, kind, compassionate group that accepted, and loved me.

Gwen took this odd group, disassembled our differences, and exposed our sameness. With each tale of hardship the group listened to one another, wept, and prayed for one another.  In doing so, we were all on some level healed. We also, sang, meditated, created ceremonies, pledged in the Native American Tradition to Air, Water, Earth, or Fire. We created prayer sticks and explored the emotions relevant to each of the four elements. We opened our minds, bodies, and spirits to gain greater insights to ourselves and each other. Gwen guided us graciously through each process.  Sometimes with gentle encouraging words of wisdom, and at other times, quick to call one on their misconceptions (otherwise known hog wash or b.s.).

I went to the workshops for several years. During that time I not only grew stronger mentally and physically, but also met the woman that made my career in dentistry possible. I literally went from the depths of despair to having most of my dreams come true, and from believing there was no hope to knowing that there is always hope. I have never had the words to thank Gwen for all she gave me. Thank you just seems too small and insignificant. But as I look heavenward all I can say is this: Gwen from the deepest and most sincere part of my heart and soul, thank you.

Gwen was 88 when she passed away. She was a wife, mother, grandmother, poet, and artist. She was also a teacher, mentor, and healer to countless numbers of people. During her workshops Gwen would occasionally speak of her transition. She was unafraid, as she did not believe in a true death, only a changing of one form to another. She spoke of this transition with joy and looked forward to continuing her journey on the other side. She would not want us to be sad, but to remember and to carry on, to live in love, with integrity, and to help one another when possible.