On October 24, 2014 by Gail Howarth With 0 Comments - Inspirational, Spirituality 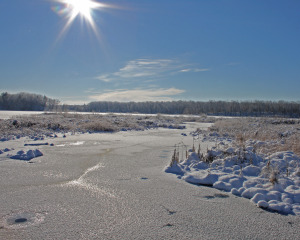 An old friend of mine once said, “Gail, you can have everything you want!  But, not at the same time.” That was nearly fifteen years ago. Since then, I have attempted to disprove her words.  However, over and over, I have failed. In fact, I have even felt like a failure at times, because I have been unable to achieve my goals. As the New Year approached, her words, once again, began to haunt me. Would 2014 be the year that I could finally put her words to rest?

On New Year’s Eve, I spent the evening alone contemplating the year behind me, and the one that lay ahead. There were many successes in 2013: I finally broke through the overwhelming burden of grief that I had experienced since my parents passed away, I started eating right and lost a bunch of weight, started a blog that I believe truly touches the hearts of others, picked up the camera after several years of neglect, and began sharing the beauty of nature with my friends on facebbook, created and sold a calendar that many people enjoy, and lastly, experienced joy more frequently, and at a deeper level than I can ever recall. I also had some failures: My vegetable garden was mostly eaten by deer; I was unable to write a blog weekly as planned, nor was I able to find anyone interested in publishing anything I wrote; I regained seven pounds; almost completely ignored the house I have been attempting to refurbish; and the saddest of all, failed to save a long term relationship. Despite my failures, I consider 2013 a good year. None-the-less, it was not the year I would prove the words of my friend wrong.

As I considered 2014, I began to write my New Year’s resolutions. The list was composed of ‘leftovers’ from previous years, but also included several new additions. Each line was numbered, and by the time I reached 20, it became quite clear that, once again, I had set myself up to fail. Or had I? Not yet willing to yield to defeat, I began again on a fresh sheet of paper. This time I created categories and sub categories, and each item was given a priority. I organized and reorganized, and imagined how I might balance everything on the list, along with work and all of the other incidentals of life. The exercise was for naught! The list was still the list. 2014 would be no different from any other year.

I spent the first few days of 2014 disgruntled. Foolishly tormented by words from the past, I decided, finally to put them to rest. Had I not, after all, experienced many successes in 2013? And had I not experienced an abundance of love, peace, and joy? Yes, yes, and yes! Had I truly failed because I was unable to achieve an unachievable goal? Absolutely not! All I really needed was a change of attitude.

I now acknowledge that my friend was right. My expectations and desires for this life are much larger than can be achieved or experienced in one year. This will not change. I will no longer, however, be bound by her words, but choose new ones that are more fitting. Ralph Waldo Emerson once said, “Life is a journey, not a destination.” It is not about the completion of the tasks, the order of completion, or even by how well the tasks were completed. It is about living fully and present in each moment. It is finding the silver lining in all things, good or bad, and growing richer from having had the experience. It is about taking time to, not only, smell the roses, but to love and nurture them along the way. And that is exactly what I plan to do.

Happy New Year to all of you. May your journey be filled with love, peace, and joy!

Special Thanks to Carmel Steffen for editing.